Canonically, the Society of Jesus is a male Religious Institute of Pontifical Right. Each member, priest or brother, is called to honor the three vows of poverty, chastity, and obedience.

Companions of Jesus, not “Ignatians”

On the outskirts of Rome, at the Chapel of La Storta, Ignatius had an extraordinary experience. While he was in prayer, he saw God the Father saying to him, “I want you to serve us,” and from that moment he experienced that he was being placed with the Son, in “company” with him.

This is why Ignatius did not want his followers to be called “Ignatians”, but rather Companions of Jesus.

Since its origins, the Society of Jesus was an international group, due both to the geographic origin of the first ten companions and to their willingness to be sent anywhere in the world.

Still today, part of our formation is carried out abroad to acquire flexibility, open-mindedness and develop that spirit of adapting that allows us to live anywhere, with freedom.

A sun that shines from the origins

From the very beginning we have used the symbol of the sun with the inscription IHS, the Latin initials for Iesus Hominum Salvator.

The monogram of Jesus was already widely used at the end of the Middle Ages, especially due to Bernardine of Siena. It can also be found in the mid-1500s in Calvinist Geneva.

Ignatius and his first companions used it precisely to emphasize their special relationship with the person of Jesus and their mission to “save souls”. 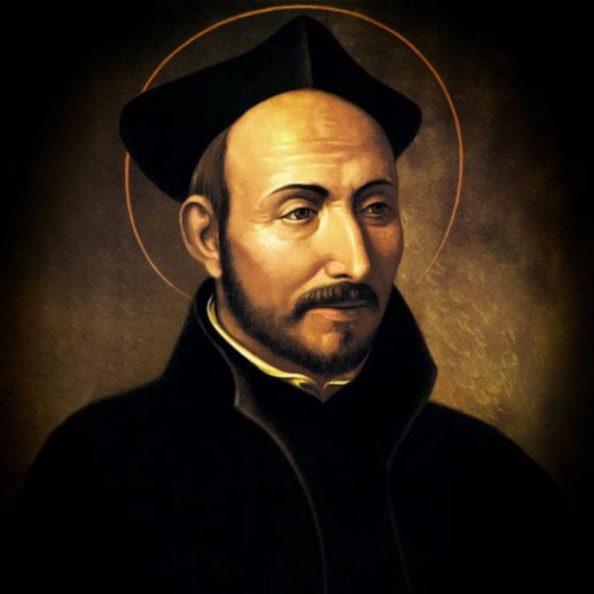 Ignatius of Loyola, the founder

Read the story of Ignatius of Loyola
The Society of Jesus

A fire that kindles other fires

From the first seven Jesuits gathered around Ignatius, in 500 years, the Society has extended to five continents to help everyone find God in their lives and be reconciled with Him.

Discover the history of the Jesuits

Become a Jesuit
Recognizing a call
Every human being experiences being called by the Lord. Find out how to recognize your vocation.
Read more
Why the Jesuits?

There are many religious orders in the Church. Each has its own specific charism. Find out what makes the Society of Jesus different from others.

Read more
Requirements to join
No degree is needed, contrary to what many may think.There are no specific requirements, only some attitudes.
Read more
What to do
If you wish to embark on a vocational journey to join the Society of Jesus, here are some steps to start with.
Read more
Latest news
View all news

The Interregional Seminary of Campania, supported by 14 southern dioceses and directed by the Jesuits, welcomes 100 young people for formation in Naples. “The purpose of this school is to… Read more